Up to this day, humanitarian aid shipped by UAOH consist of inventory value of $ 6,865,027.20
The Annexation of Crimea - What happens next? | UAOH 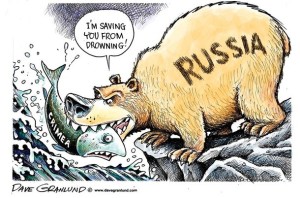 “Russia will indulge in no discussions with anyone on that matter [annexation of Crimea]. So, let us stop raising this matter over and over again.” This was the statement recently made by Russian President Vladimir Putin. Most of Crimea was annexed by March 2014. Russians believed they were doing the right thing – connecting Crimea with Russia, but were they really? Imagine the United States deciding to take a small part of Canada because all of a sudden they believed that it would be in a better situation that way. That is not something that can be done without facing consequences.

Even if Crimea showed interest in joining Russia, the rest of Ukraine could not help but scream in outrage. Crimea had a history with Russia. Catherine the Great annexed Crimea in 1783, and it was part of Russia until 1954 when it became part of Ukraine. After the breakup of the USSR, Crimea was in question for Russia. In March 2014, Prime Minister Arseniy Yatsenyuk said that the annexation was “a robbery on an international scale.” In a political sense, Russia isn’t being “fair.”   At the start, it denied the occurrence of military troops, yet there were thousands. Once the annexation happened, the war was turning inevitably in the direction of taking full military measures. The annexation was, after all, illegal; Russia used its military to seize it. The panic caused other European countries to doubt their own safety, as well. If Russia takes a part of Ukraine, then what would stop it from taking parts of other European countries?

Thus lies the inevitable and sad truth. Ukraine is in a constant state of fear and worry. Thousands have died and thousands have been injured. This has all been caused by one simple concept, namely belief. Everyone has strong opinions and beliefs about certain things.  A vast majority of Ukrainians are against the idea of getting closer to Russia, which is why the annexation of Crimea left them surprised and in a sea of worries. Children have been left without families, and ending up in orphanages, soldiers have been left injured from defending their country, and civilians have been left harmed by protesting when the violence erupted. These people have gone, and continue to go, through unimaginable things, leaving them vulnerable and heartbroken. As always, I encourage you to donate. Ukraine is in a terrible political state, but worst of all, the people are suffering.